Quarry Life Award in your region?

Assessing the capacity of quarry biodiversity and ecosystems to cope with climate challenges
Mon, 20/06/2022 - 23:38

There are several models of climate change scenarios. Among all of them, the models present in the Basque Country Climate Atlas, and which are available in GeoEuskadi, are 2. In the first one (RCP8.5) the consequences would be more severe than in the second one (RCP4.5).
• RCP8.5: scenario of high greenhouse gas emissions. Human activity would continue to act in a similar way as it has done so far.
• RCP4.5: significant measures are taken to reduce greenhouse gas emissions.

In RCP4.5 precipitation would remain stable until the middle of the 21st century. Later there would be a decrease in rainfall, which would be much more pronounced in 2100. Temperature (average, maximun & minimun) would increase almost 2ºC. in the case of minimum temperatures, the porcentual change could be very important.
In the most unfavorable scenario, the behavior of the variables analyzed has the same trend but the differences are more pronounced and would begin to be noticed earlier. Temperature differences would exceed 3.5ºC in all cases.

Days of extreme heat
In the 2 scenarios considered, there would be a significant increase in the number of days of extreme heat, but in the case of the most unfavorable scenario, these days would represent ⅓ of all the days of the year. 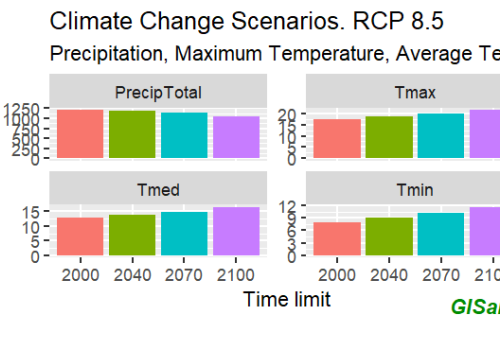 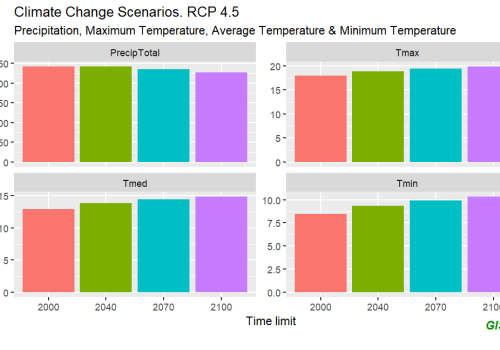 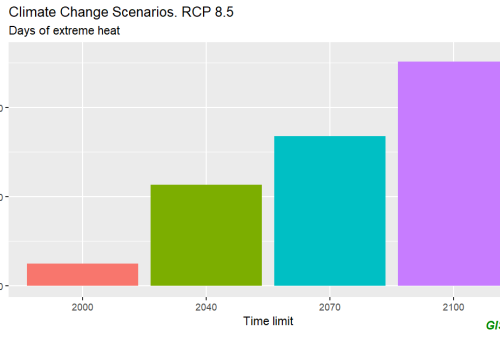 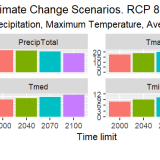 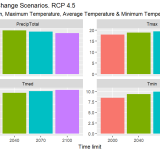 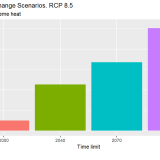 With the strong support of